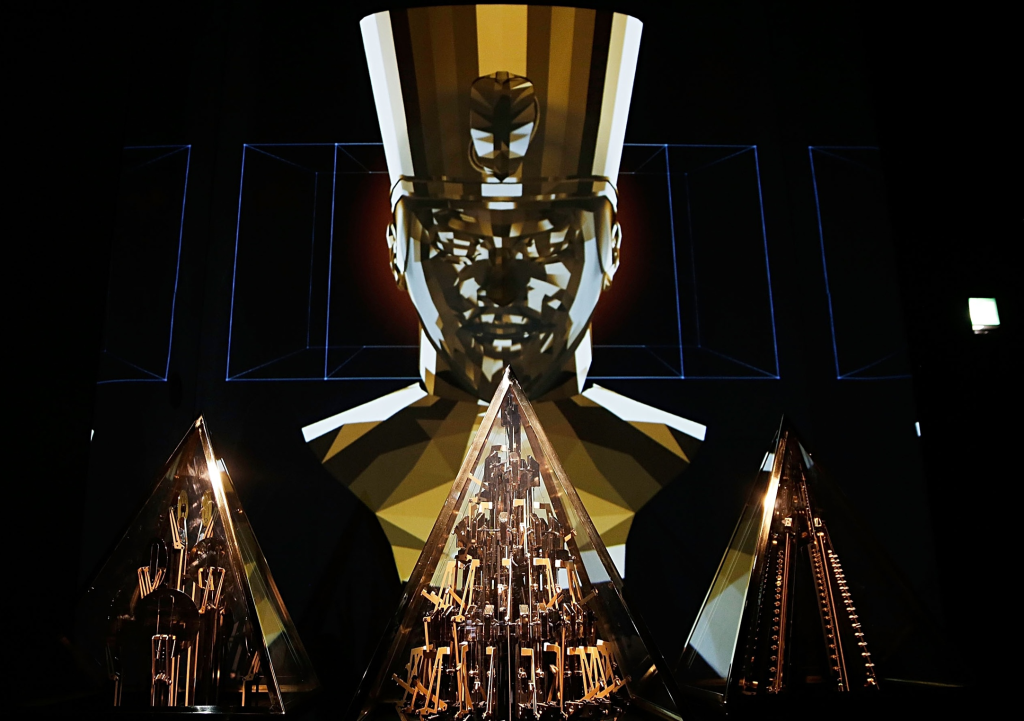 The eyes of a 6ft-tall 3D animated will.i.am in ancient Egyptian headdress follow visitors around the room in a new show at the Barbican, while three robot instruments – drums, piano, guitar – play a specially written song. “This is Mona Lisa times a trillion,” says the real will.i.am proudly.

The musician, producer and judge on the BBC talent show The Voice was at the opening of the exhibition exploring digital creativity. Part exhibition, part festival, the intention has been to bring together artists, film-makers, architects, designers, musicians and game developers to explore the boundaries of their fields using digital media.

will.i.am is probably the best known contributor to an exhibition that is strikingly wide in its scope.

There are games, old computers, Hollywood film clips and many interactive artworks. The show’s curator, Conrad Bodman, said it was “probably the most complex show” he’d been responsible for.
Advertisement

“At the heart of everything is code – code is our material in the way paint or stone might be Tate Modern’s.”

The show is taking place across the Barbican, although the main event is in its Curve gallery. “We are making a huge statement about digital creativity being a strong cultural form that has come of age,” said Bodman. “Having said that we are still at the very early stages of understanding what’s possible with digital media – innovation is always happening.”

Creative practice is at the heart of the show, which opens with a walk down memory lane in a digital archaeology section brought together with the grateful help of eBay.

Visitors of a certain age can reminisce over a slightly grubby Commodore PET on display or a Sinclair ZX80. Or a game developed for a ZX Spectrum where the instructions are easy enough – Left: Q, E, T, U, O. Right: W, R, Y, I, P. Space: Jump.

There are also many examples of digital innovation in film. The scene from Star Wars where the rebel fighters get their how to destroy a Death Star lecture and a clip from the film with the first CGI character, Young Sherlock.

Bodman said he hoped the projects on display would have a legacy. “This isn’t an art show per se, it’s not like an exhibition you’ll see anywhere else.”

Digital Revolution: An immersive exhibition of art, design, film, music and video games will be at the Barbican from 3 July to 14 September

Read the full article from The Guardian here.